“The last great street fest of the summer”This classic street festival features great food, cold beer, live music, and the world famous Musky Queen competition!WXRT radio’s Lin Brehmer, the King of Musky Fest and our best friend in the whole world, will once again crown the Musky Queen. Beer baron Jake Leinenkugel will serve as Grand Marshal for this year’s Musky Fest. One lucky lady will be named Musky Queen 2017. This year’s Musky Queen will win: $250 in cash, the official Musky Queen sash & tiara, a stuffed/mounted musky, a trip for 2 to the Motherland (Wisconsin) courtesy of TravelWisconsin.com, a keg party at Will’s, her name engraved on the Musky Queen plaque (which forever hangs proudly on the wall at Will’s), 4 tickets to TBOX, a Will’s Elmer Fudd hat, some other stuff (probably), and the huge honor of being MUSKY QUEEN for an entire year.This is a free event! 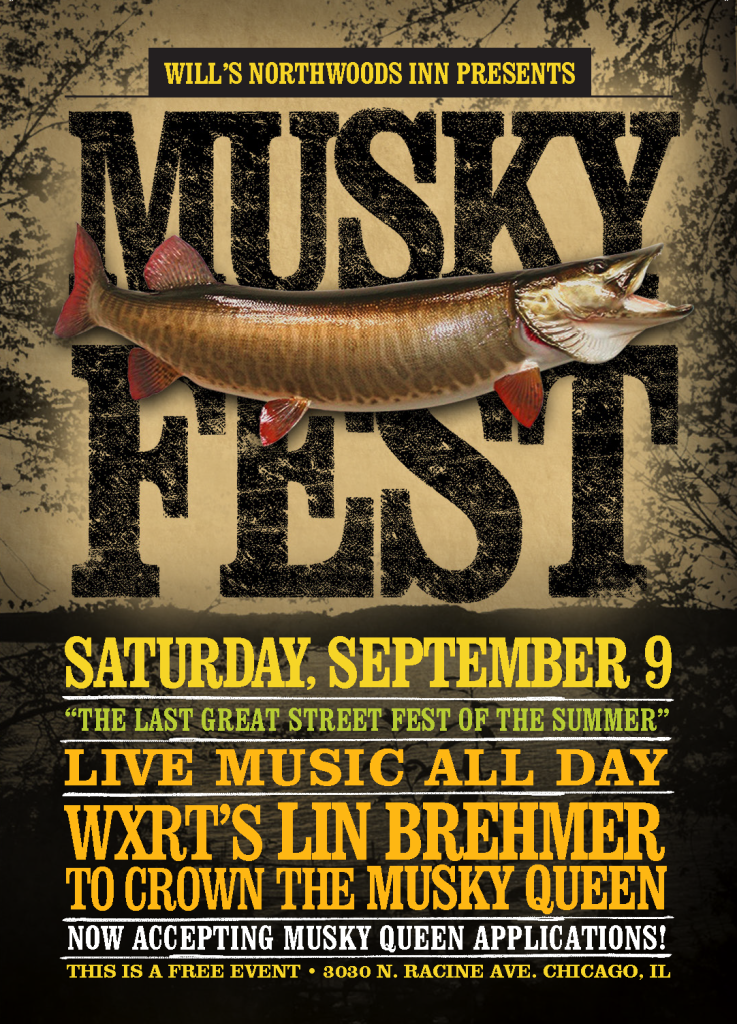